MOVIA Robotics is a collaborative robotics company building systems and software to help children on the autism spectrum learn and grow using robotic technology. Our team was inspired by research showing the efficacy of children with autism learning through peer-like relationships with robots to create our Robot-Assisted Instruction (RAI) systems. MOVIA’s software can be tailored to meet each individual child’s needs and learning goals. We are the only company to offer a choice in robotic platforms, content, and price. We revolutionize the way children with ASD learn through the use of robotics technology, accelerating their learning trajectory. Our patented tools build children’s confidence and allow them to unlock their full potential.

In 2010, while working as a researcher at the University of Connecticut, Timothy Gifford founded MOVIA Robotics to bring what he demonstrated in the laboratory to the classroom and home. An internationally renowned scientist, researcher, and entrepreneur who has worked with organizations such as NASA and the Smithsonian Institute, Gifford desired to use his technical expertise to improve the lives of children with autism. Working in his specialty, he created MOVIA to be a collaborative robotics company building systems and software to help people and robots work together.

While he was conducting his research in social robotics, Gifford’s wife, an elementary schoolteacher, remarked about the rise in numbers of students being diagnosed with autism, and thus began the idea to use human-robotic interactions to improve the lives of children on the autism spectrum and provide a tool for teachers to shorten the timeline of progress for these students.

Collaborating with leaders in the field of Autism at the University of Connecticut, Gifford developed friendly, dynamic robotic systems that could interact with children in an engaging way, as well as innovative teaching techniques that work with, not against, the learning process of children with autism. Although the project had been inspired by the needs of the classrooms, Gifford didn’t stop there. Expanding the robots’ accessibility, Gifford and the MOVIA team created a system that could be easily deployed by teachers, therapists, and parents to aid in the development and skill-building of children.

The hard work paid off – the robots were effective. MOVIA’s system proved useful in helping give children focus, increase their attention span, and accelerate their learning trajectory. Gifford and UCONN were jointly awarded a patent for one of their novel therapeutic techniques utilizing robots to teach children on the autism spectrum.

Today, MOVIA’s systems are being used around the world. Stories are pouring in from families: the robots are helping children thrive! Gifford’s goal had been to change lives, to improve the wellbeing of children with autism, and now that goal is being accomplished. Change doesn’t come all at once, but it can start today. Here at MOVIA Robotics, we’ve taken the first few steps.

Our mission is teaching kids. This has been our goal from the start, and this is where we’re seeing results.

Education, both in academics as well as areas of life-skills, is critically important. What you’re taught helps form who you are, where you go, and what you do in life. Children with autism, however, have had an uphill struggle with more traditional teaching methods. These children are smart; they just learn differently. Our mission is to make advanced, innovative educational tools, using robots who can adapt to the needs of children with autism and thus provide much more accessibility to them.

In our research, we’ve found that using robots to engage children with autism encourages them to respond more readily. Robots seem friendlier and are actually easy to understand. They don’t judge, and they’re more consistent than human beings. Robots, in most cases, seem safer, so children are able to explore more, develop their confidence, and have a greater feeling of control. They think of the robots as real social entities and are able to establish authentic relationships with them – all while learning far more than they ever could with the untailored techniques of the traditional classroom.

Gone are the days of the one-size-fits-all mentality in schools; the world is starting to realize that not everyone learns the same way. For education to serve children with autism well, it needs to adapt to them instead of forcing them to adapt to it.

Over the past decade, these robots have been having, and are continuing to have, a positive, lasting impact on the lives of those with autism. They’re used in colleges, classrooms, therapists’ offices, and homes around the world. The powerful stories we hear back from families are incredibly moving, and they’re increasing day by day. Change is possible; it’s happening now. Education can be tailored, in an innovative, cutting-age way to transform lives... and we’re here to make those innovations accessible.

At MOVIA Robotics, we want to accelerate each child’s trajectory, shorten the timeline of learning, and change the way education for children with autism is delivered…all to goal of improving the lives of those affected by autism.

To that end, MOVIA’s vision is to ensure our systems are ubiquitous in classrooms, clinics, and homes across the world, changing the way children with autism are taught forever.

FOR MORE INFORMATION OR TO SCHEDULE A DEMO 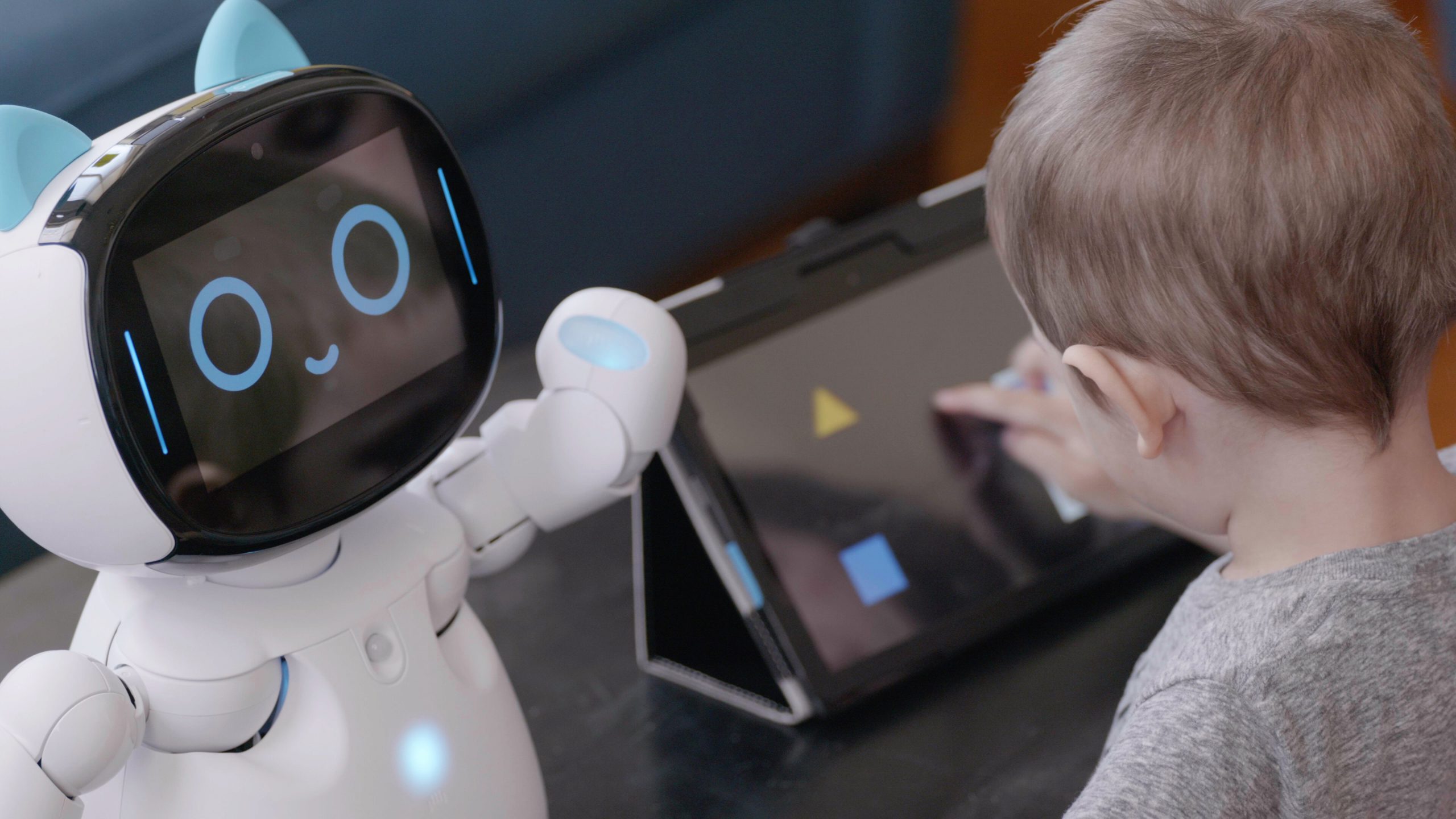 Want to learn how to get Robot-Assisted Instruction into your school or home? Contact us!

Please contact us if you would like to learn how you can use our Robot-Assisted Instruction systems to improve the lives of children and adults with ASD.